Instantly get everything I make, and then some.
Get all the new music I release, plus bonus items from my back-catalog, supporter-only specials, and access to supporter-exclusive messages.
You’re a subscriber Thank you!
Mortiis photo

For $5 a month, you get instant access to a huge chunk of my back catalogue (see below for full list - if it´s not included, it´s most likely due to me not legally being allowed to give it to you, the record label would sue me), exclusive downloads/streams not available anywhere else, and first in line for physical preorders (great when it´s really limited, and you don´t want to miss out) and more!

So why am I doing this?

I´ve never used any kind of crowdfunding technology for Mortiis (or other side projects from the past), ever. I just didn´t think it was the right thing to do with Mortiis. Just a gut feeling, really, I don´t have a better reason for it than that. Maybe it was pride, or that I just didn´t like the risks involved, probably a bit of both...

This concept, I do like, as it´s a simple setup, that isn´t reliant upon the idea of "If I get enough cash raised, I can press this record, and send it to you. If I don´t, it´s a shitty public failure, and you get nothing". I didn´t want to drag you, or myself through that...

This setup works on my/our terms, since there are no stipulations, and it is directly between me and you. You get a ton of stuff as soon as you sign on, no waiting for 7 weeks, hoping for the best.

It lets me offer you exclusive downloads such as the 1999 live recording from Louisiana, "The Battle of Baton Rogue", and the "lost" pre-The Smell of Rain demo recordings from around 2000, that I recently discovered on a cassette in my attic, and had remastered (well, noise reduced, and restored to the best of our abilities).

I decided to call it "The Awaken: Lost Songs from The Smell of Rain" - I thought it was fitting.

I´ve also excavated a lot of demos and works-in-progress (versions) of the music that was written and recorded for "The Great Deceiver" and "Perfectly Defect", and added that music to the original download singles that were given out for free a few years ago, effectively turning all 4 of those singles, into proper "albums" now (6-7 songs on each).

I have more where that stuff came from too, and I´ll upload that here, down the line...

That´s just for starters, I have several other live recordings from the 90´ies, and some interesting stuff from the early 2000´s laying around as well, that I will be putting up here ongoingly. Just for you ;-)

I´m also going to give everyone that signs up, the first heads up about preorders for limited edition vinyl, limited edition merchandise (I already have a really cool shirt design in mind for this, and we always have cool vinyl projects going on) and whatever else that is "limited edition", so you don´t miss out. I´ll give you at least a week´s head start on these preorders. That means no one else will know about it for a week. But you will.

This is ON TOP of a pretty nice collection of digital back catalogue, that you get access to as soon as you sign up.

Well, I think it´s pretty obvious to most music fans, that listen to what artists worry about, which is (at least for most of us) that, as practical as the digital downloads/streaming services are, they pay pretty much nothing. You can Google the actual money we get per stream, it varies between the vendors, but there´s always a lot of zeroes before the actual amount, so unless you´re on top of the food chain, it´s nowhere near sustainable.

I´ve put almost every dollar I ever made, back into the band/project, paying for whatever I want to do next, wether it´s a new backdrop for the stage, some musical equipment, buying food for the crew, paying for the gasoline, making a payment on my perpetually abused Mastercard (it runs hot when I travel for shows, because traveling is expensive), and the list goes on. The point is, I rarely take anything out for myself.

"Cult of thee Black Wizards" (I thought our evil pact needed a cool name, and I invented the Black Wizards back in 1992 anyway!!), is a chance for me to get paid a little better for my music, and perhaps take something out for myself (although I´d still put the payments down for a better stage show, before taking anything out for myself, because that´s just part of my DNA by now).

I think this is a pretty cool, fan-friendly way to sustain myself as an artist, while offering you a very fair "bang for the buck" ($5 a month). You can email here: info (at) mortiis.com if you have any questions.


Here’s what you get:

You’re a subscriberThank you!
* Downloads are DRM-free and available in MP3, FLAC and more. 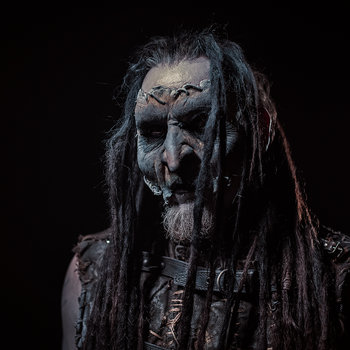 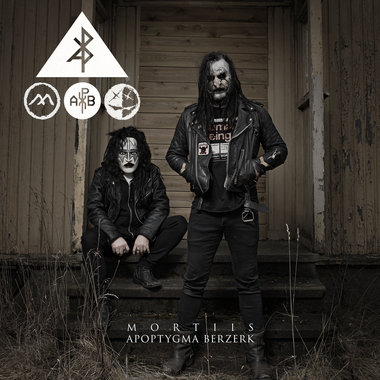 Asbjorn Tyrson The musical integrity of this man is astounding as is his ability to excel at seemingly any style of music he chooses.

Gabriel Buche Mortiis has been such an entertaining artist over the years. I love him!
more...

Join the Mortiis Patreon/COTBW and get so much more.

Get all the new music they release, plus bonus items from their back-catalog, subscriber-only specials, and access to subscriber-exclusive messages.

Thank you for your support!

Thanks for Your support. You can now look forward to getting the first heads up about Limited edition vinyl, shirts (and other limited merch we might come up with in the future) preorders, exclusive digital music downloads (that will only be available here, and nowhere else, ever) and the occasional photo/video update, that only you will be able to see.

When you follow Mortiis, you’ll get access to exclusive messages from the artist and comments from fans. You’ll also be the first to know when they release new music and merch.
← view all messages

Asbjorn Tyrson The musical integrity of this man is astounding as is his ability to excel at seemingly any style of music he chooses.

Gabriel Buche Mortiis has been such an entertaining artist over the years. I love him!
more...